Showing posts from September, 2011
Show All

The popular show returns for its eleventh run on October 8, with The Sun claiming that the comic turned down a £1 million payrise to sign on for more.

The 46-year-old previously admitted that working on the Bafta Award-winning show, which sees Hill poke fun at the week's TV, was a "drag", saying that the longer runs had left him feeling "completely mental".

Hill is said to be planning to focus on working on Simon Cowell's rumoured The X Factor musical, which he was linked to last week.

"Harry kept telling people how much he hated doing it but they thought he was joking. He wasn't," a source told the paper.

An ITV1 spokesperson said that another series would air in 2012, while production company Avalon responded: "Harry has a lot of commitments in the next year, but a final decision has not yet been reached.&qu…
Post a Comment
Read more

You can apply for free tickets to be in the audience of a live TV show recording of "Harry Hill's TV Burp" on the TVRecordings.com website.

The TVRecordings.com website is also currently advertising tickets for the filming of a brand new series of the BBC Three topical news show "Russell Howard's Good News", which starts filming at Riverside Studios in…
Post a Comment
Read more

Who Ya Gonna Call? Sony Pictures Entertainment Brings Its Classic Film "Ghostbusters" Back to Theatres 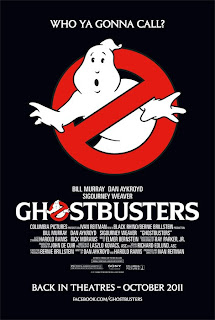 From PR Newswire:
Who Ya Gonna Call? Sony Pictures Entertainment Brings Its Classic Film "Ghostbusters" Back to Theatres


CULVER CITY, Calif., Sept. 22, 2011 /PRNewswire/ -- Get ready for mass hysteria! This October, Sony Pictures Repertory celebrates the original movie Ghostbusters, its franchise, and its fans by bringing the quintessential modern classic back to theatres for a special limited engagement of one showtime one night a week. Starting on Thursday, October 13, 2011 and continuing every following Thursday in October 2011, fans together will be able to see their favorite paranormal psychologists back on the big screen as they save the world from ghosts, ghouls, and Mr. Stay Puft.

Ghostbusters will show in approximately 500 theatres across the US on October 13th, 20th, and 27th, one showtime each day, in 2K digital with 5.1 surround sound. Please check local listings for showtimes. Ghostbusters will also be showing in select theatres in Canada and in various internation…
Post a Comment
Read more

Whether or not Mr Bill Murray eventually straps on the proton pack and 'Venkman' namebadge to reunite with Ray, Egon and Winston (and Dana, Louis, Janine and Slimer) again, now seems as good a time as any to scour the archives at the New York Public Library for ten nifty facts you may or may not have known about the grumpy face behind countless classic movies from Scrooged and Rushmore to Lost In Translation and The Darjeeling Limited.

2. In 1970, Bill was nabbed at Chicago's O'Hare Airport with nine pounds of marijuana in his bag worth a whopping $20,000. A Tribune news report from the time reveals that he really brought it on himself, as he had joked to another passenger that he was carrying two bombs in his luggage. "A ticket agent didn't think it was f…
Post a Comment
Read more

BBC Three To Premiere Series 2 Of "Mongrels" In November 2011

The world is in turmoil but Mongrels is back soon to save they day... Here's a sneak peek of what to expect from the new series of Mongrels.
Post a Comment
Read more

Sigourney Weaver has "no idea" about 'Ghostbusters 3'

By SWCJ - September 19, 2011
From Digital Spy:
Sigourney Weaver has "no idea" about 'Ghostbusters 3'

Sigourney Weaver has cast doubt over whether a third Ghostbusters film will ever be made.

The actress, who portrayed Dana Barrett in both Ghostbusters and Ghostbusters 2, has said that she has yet to see a final script for the proposed sequel.

"I have yet to read the script," Weaver explained to Coming Soon this week. "I've had a couple of calls and I know they're rewriting and all I said was that I hope my [character's] son Oscar has grown up to be a Ghostbuster and Ivan Reitmand said yes.

"Beyond that, I have no idea," she added. "I hope it comes together, but we already did two wonderful films and, if we have to let this one go, that's fine."

Dan Ackroyd recently hinted that the new Ghostbusters film will be going ahead with or without Bill Murray's involvement. 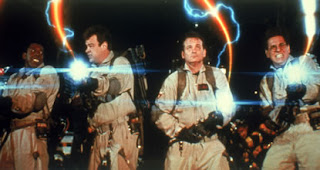 A bit more about 'Ghostbusters' returning to cinemas this Halloween (2011) from Park Circus, the company who are making the all-new digitally-restored release of 'Ghostbusters':
GHOSTBUSTERS - the original - back in cinemas


"Whoever thought of having evil's final manifestation take the form of a 100-ft. marshmallow deserves the rational mind's eternal gratitude." - Time Magazine

In an all-new Digital Cinema Presentation, 80's cult classic GHOSTBUSTERS is back to save the world this Halloween.

Directed by Ivan Reitman and starring Bill Murray, Dan Aykroyd and Sigourney Weaver, the film is about a trio of university parapsychologists in New York, who lose their research grant and decide to open their own business, 'Ghostbusters'. They are soon summoned to investigate strange happenings in a Central Park West flat and discover that all of Manhattan is being besieged by other worldly demons. But will they manage to capture all the ghosts and save …
Post a Comment
Read more

From Digital Spy:
'Ghostbusters' returning to cinemas this Halloween


Ghostbusters will return to cinemas next month.

The '80s spirit-hunting classic is to open in cinemas worldwide this Halloween as an all-new digitally-restored release.

Ghostbusters grossed $290 million on its original theatrical release in 1984 and spawned a sequel in 1989. Sony Pictures has been planning to make a third movie for several years, despite resistance from Murray.

Watch the music video for Ray Parker Jr's 'Ghostbusters' below:

By SWCJ - September 12, 2011
From the official Comedy Central UK Website:
Two and a Half Men Season 9 preview coming 20th September

Watch Ashton Kutcher’s debut a day after the U.S!

Just like you, Comedy Central is as eager as the proverbial beaver to see what Ashton Kutcher will bring to the brand new season nine of Two and a Half Men as Internet billionaire Walden Schmidt.

That’s why we’ve decided to bring the first episode of the brand new season to Comedy Central UK earlier than usual on Tuesday 20th September - one day after the States!

How is Charlie Sheen really written out of the show? Who is Walden Schmidt? Will Alan and Jake be left homeless?

All will be revealed at 9pm Tuesday 20th September.

The rest of season nine will commence in October but to see you through ‘til then, the Emmy-nominated Melissa McCarthy and Billy Gardell return in brand new episodes of Mike & Molly straight after the Two and a Half Men premiere and then every Tuesday from 9pm. Life’s good again.
Post a Comment
Read more
More posts