Showing posts from October, 2015
Show All

A Cappella Cover Of "The Real Ghostbusters" Theme Tune 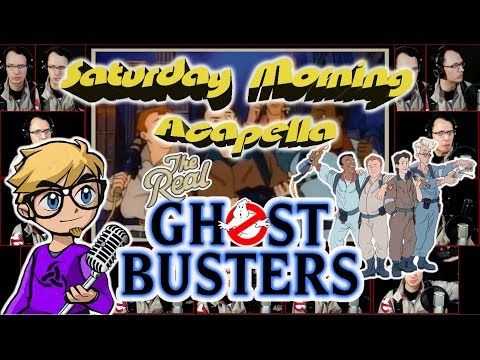 In their latest addition to their "Saturday Morning A Capella" playlist, YouTube channel Triforcefilms has unveiled an a capella version of the TheReal Ghostbusters theme song!

In the video clip, Mr. Dooves records himself singing humming 13 different parts (which you can see individually), while the theme song's familiar opening titles plays in the centre of the screen. It's one of those videos you can watch multiple times, yet continue to notice new things!:

If you need a refresher, here's the original theme song, in all its nostalgic glory, plus a few more spooktacular Ghostbusters treats. Happy Halloween!:

Slimer and The Real Ghostbusters intro (1988)

Every Single The Simpsons Treehouse of Horror Opening for Halloween

25 years of Halloween couch gags, dodgy costumes and surprisingly gruesome deaths. Which is your favourite?
Post a Comment
Read more 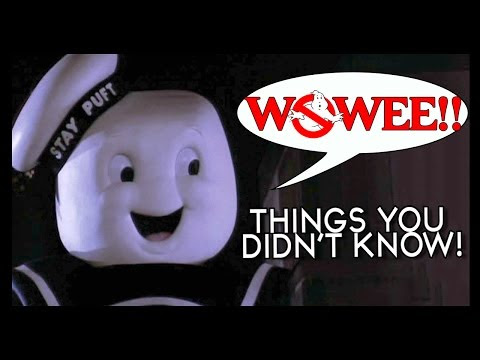 With Halloween coming up and the reboot on the horizon, it's the perfect time to revisit the supernaturally funny classic, Ghostbusters! Cinefix has put together seven facts you might not know, but even if you do, it's more than enough excuse to bust out the DVD/Blu-ray and change your ringtone to Ray Parker Jr.!:

The rare Ghostbusters facts featured in the video are:

Even though Sigourney Weaver is a big deal, she had to audition for the role of Dana Barrett/Zuul the Gatekeeper in Ghostbusters! Though Sigourney's a big star, Ivan Reitman and the team wanted to be sure that she would be able to do a comedy movie. Sigourney agreed to the audition and performed the scene in which a possessed Dana hovers over her bed! As soon as Ivan realised Sigourney would be willing to bark like a Dog, she got the part!

The role of Louis Tully was originally written for John Candy. John and Harold Ramis worked on Stripes and SCTV together, and Harold wanted John to be apart of Ghostbusters…
Post a Comment
Read more

With the forthcoming reboot of Ghostbusters, the iconic franchise will take centre stage at the Rocket Licensing stand at BLE 2015!


Rocket has also managed a successful Classic Ghostbusters licensing campaign that has attracted licensees in a number of key categories and that will blaze a trail for the new film and new brand campaign.

"We're celebrating our ninth appearance at BLE with a powerful line-up led by the film event of 2016," commented Charlie Donaldson, joint managing director of Rocket Licensing. 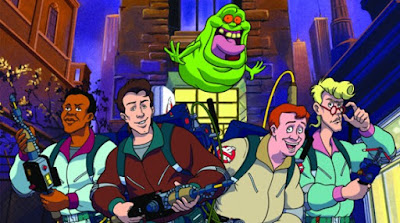 With the female-driven Ghostbusters less than a year away from its release date, Sony Pictures Animation has called the Ghostcorps for another project!

Sources have confirmed to Variety that Sony has begun developing an animated Ghostbusters movie with Ivan Reitman, producer and director of the original, and will never be bettered Ghostbusters movies, who will be producing the film through his Montecito Picture Company. SPA president Kristine Belson and Michael Lachance will oversee the project on behalf of the studio.


The Real Ghostbusters. Image via Comic Book Movie.
Ghostbusters has previously gone down the animated path, with two hit animated series, "The Real Ghostbusters" and "Extreme Ghostbusters", following the success of the first movie in the 1980's. Plot details are unknown, but it's likely the film will follow the famous group as they fight supernatural forces.

No writer or director are attached at this time.