Showing posts from May, 2012
Show All

The BBC is cutting its costs by 20% in a bid to save millions by 2017 and re-position itself as a leading digital broadcaster. All of the UK will soon have access to CBBC and CBeebies as digital switchover continues.

The proposal was first put forward last October, with the BBC claiming CBBC and CBeebies could be extended to act as a “spine” for a “more-integrated” online and web-connected TV service. 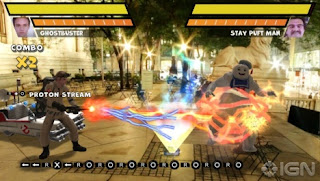 From IGN:Ghostbusters Coming to Vita (Kind Of)

Reality Fighters was far from one of our favorite PlayStation Vita launch titles -- garnering just a 4.5 out of 10 in the IGN review -- but the Ghostbusters are coming to Sony's augmented reality fighter, so all is forgiven.

Nobody steps on the stairs in my town!
With today's PlayStation Network Update, 15 free weapons will be added as DLC. May 15th will see a soccer pack, and May 22nd will bring the Ghostbusters pack. For $2.99, you'll get two costumes (the Ghostbusters getup and the Stay Puft Marshmallow Man) and three weapons (the proton pack, ghost trap, and Ecto 1). No word on international releases.

That's not creepy. At all.
Is this enough to bring you back to Reality Fighters? [...]

By SWCJ - May 15, 2012
From Broadcast:US shows: saved and scrappedAs US networks decide what to save and scrap from their schedules, Broadcast offers an at-a-glance guide to how UK TV channels will be affected.