Showing posts from October, 2013
Show All

Sony Pictures Consumer Products Appoints Rocket Licensing As New Agent For UK And Ireland; To Kick Off With 30th Anniversary Of "Ghostbusters" In 2014 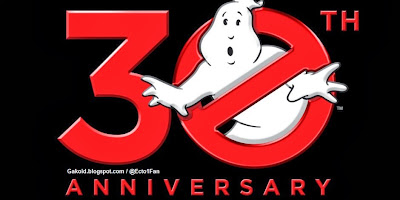 The licensing industry news website Licensing.biz is reporting the exciting Ghostbusters news in the following article that Sony Pictures Consumer Products (SPCP) has appointed Rocket Licensing as the company's new agent for the UK and Ireland, and they will kick off their partnership with the launch of a licensing programme for the 30th anniversary of "Ghostbusters" in 2014!


Rocket will also manage titles including "Breaking Bad" and classics such as "Fantasy Island", "The Karate Kid", "Bewitched", "Taxi Driver", "Starsky & Hutch" and "Charlie's Angels" as part of the licensing program.

Theatrical films will also be a part of the portfolio with titles including "Hotel Transylvania 2" in 2015:Sony Pictures Consumer Products appoints Rocket Licensing

Firm to manage portfolio of theatrical and TV properties in the UK and Eire.